Can You Play Electric Guitar Without a Pick?

Fingerpicking isn’t limited to acoustic musicians. Electric guitarists can also participate. Just ask Jeff Beck about it. Fingers are frequently used in conjunction with, or place of, a pick. The electric guitar is an extremely dynamic instrument, and one way to take advantage of that dynamic variance is to use varied methods for plucking strings.

Can you play electric guitar without a pick? You can and should fingerpick on an electric guitar. The mechanics are similar to fingerpicking on an acoustic guitar, although the strings are usually thinner and less taught. This means you’ll have to pick more lightly, but the result is a fantastic tone.

Can You Play Electric Guitar Without a Pick?

Yes, and you ought to. Electric guitar players are all too ready to reach for an effect pedal or piece of software when the greatest place to start is with their own hands! The strings have a distinct feel and aren’t normally as taught as those on an acoustic guitar, but there isn’t much difference. In terms of mechanics, there isn’t much of a difference.

Hybrid picking is a fantastic way to use fingerpicking with an electric guitar. This combination of pick and fingers creates specific chord tones and a sonic contrast between the pick and the finger. It may enable the player to hit more notes with greater efficiency and string notes together faster.

Tucking the pick between the index and middle fingers is another way to fingerpick on an electric guitar. Picking with the fingers closed at the base rather than wide apart is required. The pick can then be easily extracted between those two fingers and resumed strumming.

Guitarists like Jeff Beck, who don’t use a pick, frequently use their thumbs as pickers and strummers. A delicate attack with the thumb and fingers is preferable for some sounds, but make no mistake: fingers can be just as harsh as a pick. Getting your fingers underneath the strings and pulling them up until they slap back down on the fingerboard gives the string a nice “snap.”

Tips on How to Play Electric Guitar Without Using a Pick

Although playing with your fingers is very self-explanatory, there are some beneficial habits you may develop to help you succeed. One of them is to use the guitar’s bridge as an anchor point for your fingerpicking hand.

You’ll gain better fingerpicking accuracy this way, and you’ll be able to mute the strings with your palm if necessary. Another technique flicks them upwards rather than sideways when plucking the guitar strings.

Imagine squeezing a stress ball with this movement. Do you see how your fingers curl up when you squeeze harder? That’s the action you want to make, but speed it up a little to get the flick closer to your palm.

Combine that with some strings, and you’ve got yourself a banger! You’re an expert at fingerpicking in no time.

Playing Guitar: Which Is Better Pick Vs. Finger?

Both the pick and the fingers have advantages and disadvantages. Picking produces a crisper and louder tone, which is especially useful while playing in a band.

Fingers, on the other hand, are more natural and better at producing a warmer tone. Fingerpicking is also more versatile because you can pluck many chords at once.

In this part, I’ll compare pick vs. finger in several categories to figure out which is better for your guitar playing.

Note: These are hypothetical comparisons to assist you in making a selection. If you’re interested in seeing my advice, I will go through it at the end.

You get a crisper tone and more loudness when you play guitar with a pick. Fingers, on the other hand, produce a warmer tone with less volume. If you need to perform in front of a large audience or a band with other musicians utilizing amplified equipment, a pick is preferable.

It’s difficult to play guitar in a band without picking since your volume won’t match, and other instruments drown you out. Playing guitar with fingers is possible if you’re playing at home or recording with an audio interface. I prefer to play with my fingers because it is more natural.

I don’t think you should base your conclusion on this point. You’ll struggle with both your pick and your fingers when you first start, so accuracy isn’t an issue. It is especially true when performing solos or challenging leads. When playing solos with a pick, you’ll have more precision because the sound is sharper and more exact.

Picking up a guitar with a pick is often faster than playing with your fingers. This is why picking up a pick and playing guitar solos has become more popular. You have better control over the pick when you move it with your wrist rather than your finger joints.

It is especially true if, like me, you have two joints. People with multiple jointed fingers frequently lock their fingers involuntarily, making plucking strength control difficult.

Playing guitar with your fingers is far more versatile than playing with a pick because you can pluck multiple strings and notes. With a pick, this isn’t possible.

I believe that playing guitar with your fingers is far more useful than using a pick. Because you can play many notes simultaneously, you may play a variety of guitar styles other than rock, such as fingerstyle guitar.

What Is The Best Electric Guitar For Fingerpicking?

Fingerpicking can be done on any electric guitar, but you’re generally performing jazz or blues in some form or combination if you’re fingerpicking on an electric guitar. It’s best to choose a guitar with decent pickup response to having clarity at lower volumes without sounding harsh when the plucking gets a little rough.

In other words, a guitar with considerable adaptability will become your best friend. A three-pickup design is usually optimum to achieve a range of distinct tones at varying volumes.

The sound is sharp and clean, and the design is timeless. Expect a delicate, vintage tone that harkens back to the greats of the past, such as Eric Clapton and Jimmy Page. 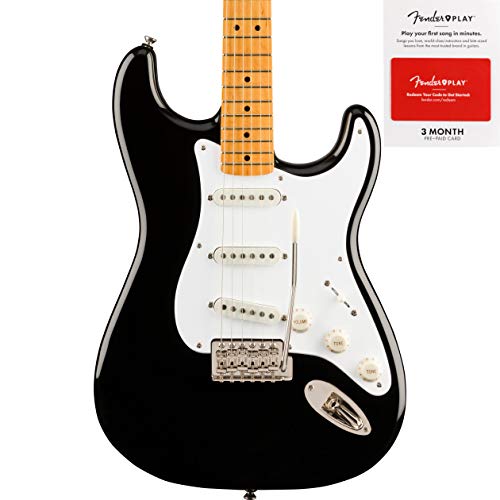 This electric guitar has a vintage look and feels thanks to its pine body and maple neck. It’s simple to use and not too heavy or complicated for beginners to feel at ease with. 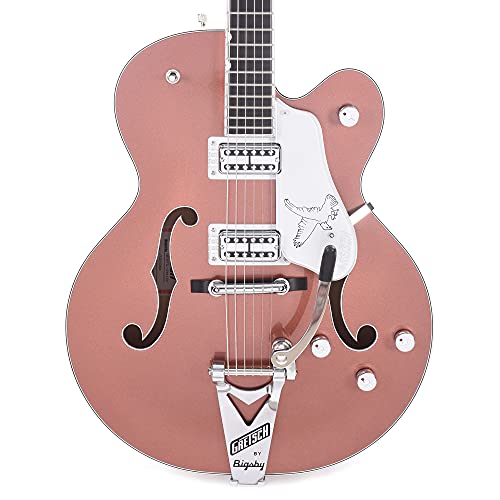 There’s no denying that hollow bodies appeal to some players, and Gretsch makes some of the greatest. The White Falcon is a stunning hollow-body homage to antique electric guitars.

The White Falcon, originally developed by jazz guitarist Jimmie Webster in the 1950s, has been updated with the Players Edition. The one-of-a-kind design sticks out from the crowd, and it’s well-made with high-quality materials.

Conclusion on Can You Play Electric Guitar Without a Pick?

Can you play electric guitar without a pick? You can certainly learn to play the guitar without ever using a pick. But, if you do that, I believe you are restricting what you can do on the guitar, and you might be a lot more versatile musician, and you won’t be getting the most out of your guitar with certain songs and approaches.