Since its inception, the electric guitar has demonstrated its versatility in many kinds of music, garnering widespread acclaim among guitarists. Many music lovers today can’t fathom their favorite songs being played without the ever-melodic tone of the electric guitar. In all honesty, the sweet tone is fantastic, but it goes through a fascinating procedure before it can appear on your speaker and spice up songs from your favorite music performers.

There’s a lot of fascinating information regarding the electric guitar and how it works in this article. Even if you are not a fan, you will be drawn to the entire process. We’ll look at the complete procedure and a few other aspects of it below, but first, let’s take a look at the various components of this world-renowned instrument for a better grasp of the process.

What Does an Electric Guitar Consist of?

In reality, the electric guitar creator, George D. Beauchamp, said in his patent that the electric guitar’s body varies greatly in construction, size, and shape. Their materials also differ in various ways, but not in a way that detracts from the spirit of the creation.

It’s worth noting that while solid bodies are popular, they’re not the only sort of guitar body. The hollow body guitar and semi-hollow body guitars are two more popular guitar bodies. Each guitar has a different body style, one of the most significant differences between them.

The Strat, for example, has a solid body, the Gretsch Falcon has a hollow body, and the ES-355 has a semi-hollow body. Builders are aware that each body type has its distinct tone, so they choose based on how they want the guitar to sound.

The frets and strings on an electric guitar’s neck are the most crucial components. Without any or all of these components, no guitar will be complete. Six metal strings go across the neck and fret from the body, and their ends are coiled around the instrument’s tuning pegs. The operation is not difficult. When a fret is pressed, the string’s tension is temporarily altered, resulting in a different sound and frequency.

The strings on an electric guitar are not identical to those on an acoustic guitar. While acoustic guitars can be played with either steel or nylon strings, electric guitars can only be played with metal strings. The magnetic feature of the metal strings is responsible for transmitting vibration to the magnetic pickups, which produce sound. The strings can easily be mistaken for one of the guitar’s most visible parts.

Whammy Bar and the Bridge

Distinct electric guitars have different aesthetics and designs, but the essential pieces are designed to fulfill the same functions throughout all guitars. An electric guitar’s essential components are the bridge, whammy bar, and tailpiece.

What exactly are they? The pieces that hold the strings across the body of an electric guitar are known as the bridge and tailpiece. They’re normally placed in line with the pickups. The whammy bar is a lever attached to the bridge that tightens and loosens the various strings in the guitar’s body, immediately altering the sound and creating a wavering effect.

We are not exaggerating when we state that pickups are the most critical component of an electric guitar. Six magnets are wrapped in very thin copper wire to make up the pickup. Electric guitars are often built with two or three pickups, each corresponding to a specific string.

The pickup magnets provide a steady magnetic field when they are at rest, but when a musician strums the strings, the vibration causes a disruption in the field, which causes a level of electric current to run through the coil.

You probably already know that the amplifier is crucial for guitar performance. The amplifier is what allows the electric guitar to perform at its best.

What is the mechanism? The electricity from the metal strings initially passes via a preamplifier, which prepares the little electrical signal for transmission to the amplifier. The preamp’s primary job is to reduce noise and other external sounds from interfering with the sound of the electric guitar while also providing enough power to get it to the amplification stage.

Depending on the amplifier employed, the audio signal is subsequently routed through a series of digital processors or vacuum tubes. The signal is tweaked till it is clear and loud enough. After that, it’s allowed to pass via the amp speaker and into our ears.

You may readily comprehend how electric signals are generated and conveyed in an electric guitar if you understand the rules of electromagnetic physics. According to electromagnetism laws, the movement of an iron coil inside a magnetic field correspondingly induces the development of electric potential in the iron coil. The arrangement is referred to as electromagnets in their simplest form. Yes! Remember how we talked about electromagnets previously in this article? It’s all starting to make sense now. When you strum an electric guitar, you’re using the same technique to generate and send impulses across the guitar’s body. The signal is amplified to a degree of audibility suitable for human hearing.

The magnetic pickup in most guitars comprises six distinct magnets that are smaller in appearance and have a distance from the string that can be adjusted with a knob. It means that the signal’s strength is affected by its distance.

The different strings are designed to vibrate at different rates, which the player must be aware of. The electric charge generated by the vibration in the pickup coil is transferred to an electronic circuit. Capacitors and resistors make up the electrical circuits, which work together to define the tone of the electric signal. The improved signal is delivered to an internal or external amplifier, which is directly coupled to the magnetic pickups at this point.

You can’t go wrong with a Fender, and the Classic Series 72 Telecaster Deluxe is a stunning electric guitar. This version has the iconic design of the Fender we all know and love, but it also has fantastic sound and a variety of pickups.

The Fender Classic Series 72 Telecaster Deluxe is available in several colors to suit your preferences. As long as you can handle the weight of a solid body guitar, it’s a pleasurable instrument to play. Because of the distinctive curves, it feels like a normal guitar, yet it sounds like an electric guitar. 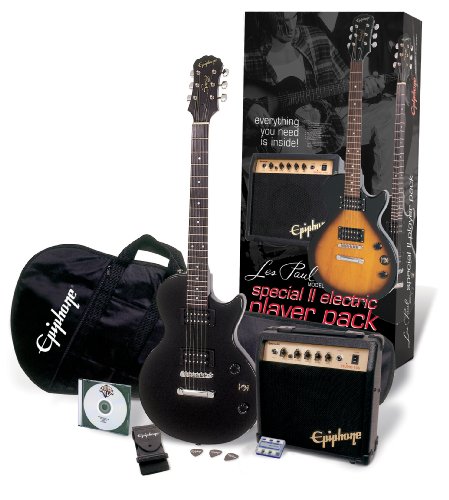 You can’t go wrong with the Epiphone Les Paul Special-II if you’re on a budget and need an electric guitar. It’s an excellent electric guitar for beginners, with a stylish design and a powerful tone. Even with the bolt-on neck, the quality is excellent for the price.

Two high-quality humbuckers produce a pleasant, well-balanced tone. Although distortion isn’t a problem, you shouldn’t scrimp on your amplifier with this electric guitar.

Conclusion on How Do Electric Guitars Make Sound?

How do electric guitars make sound? Guitars are one of our best instruments. They are exciting and have a fascinating history; every music lover will love to have one. However, understanding how the instrument works will help you properly appreciate the instrument that has become a delight in modern music.