It isn’t easy to imagine an electric guitar without an amplifier when we think about them. Guitar amplifiers have become such an integral part of every guitarist’s life that it is difficult to picture existence without one. The amplifier is an electronic device that boosts the signal from the guitar. If you ever tried playing an electric guitar without one, you immediately discovered that it would be hard for anyone to hear what you play.

You may magnify the sound coming from the guitar in various ways, the most common of which are transistors and vacuum tubes.

What are the Different Types of Guitar Amps?

Tube amplifiers have been around for quite some time. Amplifiers used tubes or valves before transistors were ubiquitous and commonplace in everyday electronics. Solid-state amplifiers were impossible to come by before the 1970s, and tubes were the sole option.

Tubes were obsolete in everyday use, such as television, although they were still used in music equipment. Tubes do the same function as transistors in that they enhance sound. The signal from the guitar will be enhanced or amplified by vacuum tubes, allowing it to go to the speakers and be heard.

The tubes are made the same way as a typical light bulb. They are electronic devices that control current flow between two electrodes in a high vacuum. Valve amplifiers often include two switches. The first will be used for simple on/off, while the second will be utilized for standby. The tubes need time to heat up; therefore, this is the main reason. If you have ever seen an older light bulb, you may have noticed that it gradually becomes brighter until it reaches its maximum brightness. Similarly, before you can start playing, the tubes in the amplifiers must warm up. Because of thermionic emission, the heated cathode on the valve is employed for amplification.

Almost every guitarist owns at least one solid-state amplifier. Magnify the signal; transistors and semiconductors are used. Their popularity is that they are less expensive to create, making them more accessible.

Tubes were swiftly superseded by electronic circuitry that used transistors as amplifiers. The basic concept underlying these circuits is that a tiny change in input voltage will result in a huge change in output voltage. There are numerous variants available that only need one transistor. One of the benefits of transistors is that they require relatively little energy to operate. Consider having a phone or mp3 player that can play music for hours on a single charge.

The so-called hybrid amplifiers, which combine the two prior models, are among the newest additions. The goal is to maintain the tubes mostly intact. As a result, many modern amplifiers only feature one or two valves in the preamp. Transistors and diodes are used to build the rest of the circuit.

It is an intriguing alternative that combines the two and offers the best of both worlds. But, in the end, there are numerous differences between these two amplifiers, and some players prefer one over the other.

What Amp Type Should You Select?

There are many debates over whether tubes or transistors are preferable, but in the end, it comes down to personal preference and budget. Both have benefits and drawbacks, and claiming that one is superior to the other is misleading.

Surprisingly, both tube and solid-state amplifiers are only available as an amplifier. There will be no speakers, and you would not be able to play the guitar using them if you do not find a speaker for them. Most of the low-cost amps will be solid-state and come in a combination configuration, as guitar players call it. The term “combo” refers to an amplifier that includes a speaker in the same box. The tone controls are often positioned on the top of the amp box, while the bottom section merely houses the speaker.

However, a guitar amp sans the speaker is feasible to find. This combination is typically found on high-end equipment, where a stack of numerous stacks with one to four speakers in a box is required.

I should also add effects and pedals when it comes to altering the guitar’s sound. Some amps have a drive, reverb, and other effects, but you can still obtain any of these effects on a pedal. By connecting the guitar to a pedal and then connecting the pedal to the amplifier, you can get a preamp tone that has already been changed.

Of course, the better amplifiers will include an effect loop, in which the sound from the guitar is sent straight to the preamp section. The pedals will then change the amplified sound and feed it to the power section. The popularity of amplifiers with effect loops stems from the fact that they operate as if all of your pedals are built into the amp. 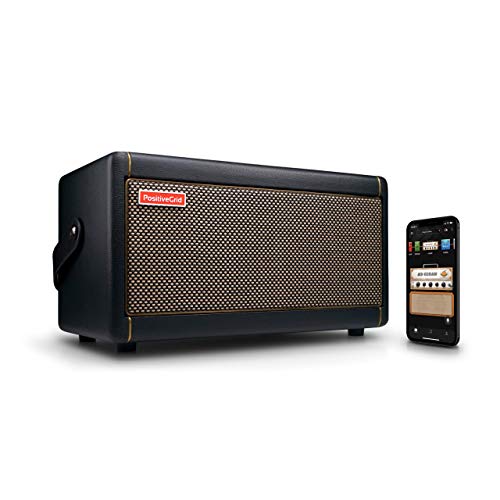 The Positive Grid Spark has completely taken over the amp world. It was only ever going to be a good thing to combine the already well-regarded BIAS tone engine with some pretty fantastic smart technology, and it didn’t fail us.

There are 30 amp models and 40 effects onboard. There is Bluetooth for music streaming and aux and headphone connections on the 18 inch unit. You also have USB inputs and outputs, allowing you to use your Spark as an audio interface to capture your next brilliant idea.

The Spark is also jam-packed with learning elements to help you grow as a player while having fun. ‘Auto Chords,’ for example, will find chord charts for whatever song you choose, and ‘Smart Jam,’ for example, will build an authentic backing track to accompany you no matter what you play. 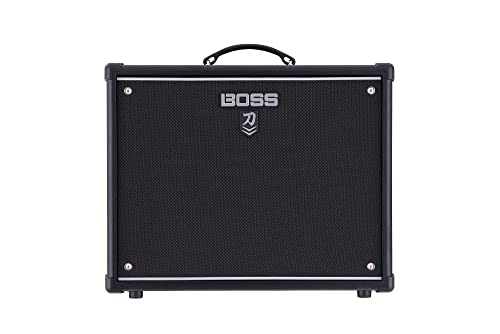 It is beneficial for beginning guitarists to select an amp that allows them to explore various tones. As good as they are, Tube amplifiers tend to specialize in one task and excel at it. Digital effects, on the other hand, allow the player to experiment with various sounds and effect combinations to discover the sound that best suits them.

In many ways, the Boss Katana 100 MKII is the ideal ‘first’ or backup amp for most individuals. It includes several Boss effects and several great-sounding amp models, and it can easily transition from practice to a small show. You can connect the Katana modeling amp to your computer for advanced parameter tweaking, and we liked how it could record directly into a digital audio workstation through USB. 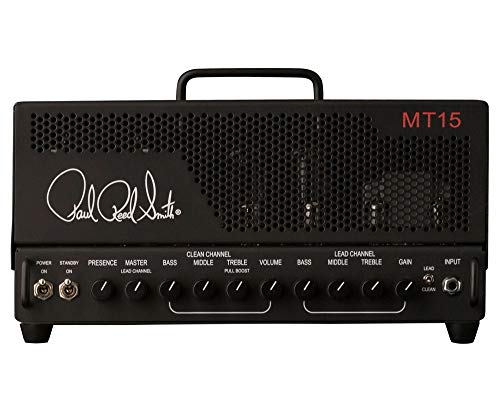 Mark Tremonti and PRS have established themselves as one of its longest-running endorser/endorsee relationships. The pair have cooperated on several trademark guitar models, but the PRS MT15 is the first time they have done so on an amp.

The MT 15 is a lunchbox amp with two channels and switchable output power, making it suitable for practice, recording, and small gigs. It’s designed for enthusiasts of higher gain, with the 6L6 power amp tubes delivering gobs of treacle, like the thick saturation, a tone we are unable to get enough of! The inbuilt FX loop and independent EQ knobs for each channel round out the PRS MT15 as a solid kit for the gain junkie in your life.

Conclusion on How Does A Guitar Amp Work?

You might be wondering: how does a guitar amp work? All guitar amps operate in a slightly different way. However, you may rest assured that many guitar amplifiers share some basic principles. If you are looking for the proper guitar amp but aren’t sure about the settings or specs, following basic principles can help.